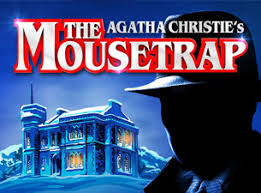 The Mouse Trap (Matinee): Thursday 12th November. Agatha Christie’s The Mousetrap has kept audiences guessing for over six decades. Having entered its 66th incredible year in November 2017, this world record breaking production continues to attract audiences to the St. Martin’s Theatre from every corner of the globe. In her own inimitable style, Dame Agatha Christie has created an atmosphere of shuddering suspense and a brilliantly intricate plot where murder lurks around every corner. The scene is set when a group of people are gathered at a country guest house in the converted Monkswell Manor. Cut off by the snow, they discover, to their horror, that there is a murderer in their midst. Who can it be? One by one the suspicious characters reveal their sordid pasts until at the last, nerve-shredding moment the identity and the motive are finally revealed. St. Martin’s Theatre Stall Seats Price £56.00 per person. Coach will depart Stevenage at 11.30.