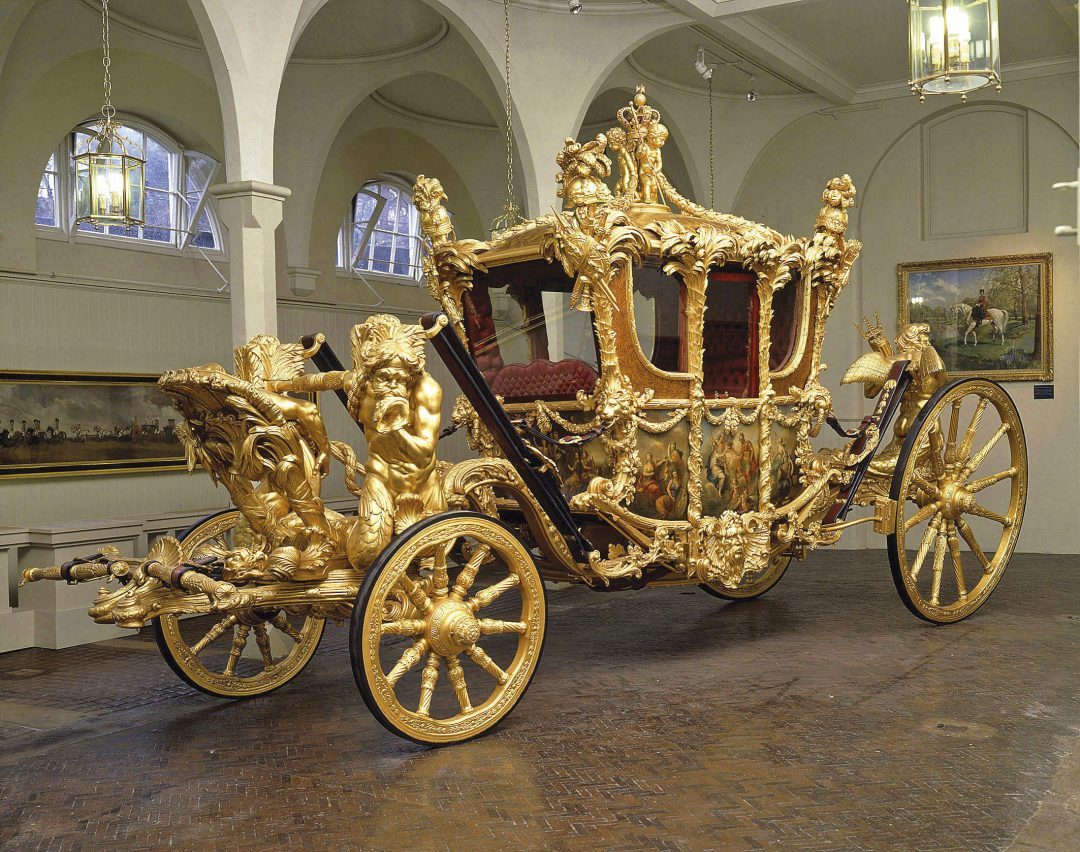 Buckingham Palace State Rooms & Royal Mews: Sunday 2nd August. Recognised around the world as the focus of national and royal celebrations as well as the backdrop to the regular Changing of the Guard ceremony. The State Rooms are the public rooms in the Palace where The Queen and members of the Royal Family receive and entertain their guests on State, ceremonial and official occasions. There are 19 State Rooms, which mainly reflect the taste of George IV, who commissioned the architect John Nash to transform Buckingham House into a grand palace in 1825. The State Rooms are furnished with many of the greatest treasures from the Royal Collection, including paintings by Van Dyck and Canaletto, sculpture by Canova, Sevres porcelain, and some of the finest English and French furniture in the world. The finest working stable in the world, the Royal Mews is responsible for all road travel undertaken by the Royal Family. Take a tour of the Queen’s ‘garage’ and see what it takes to keep the Royal Family on the move! Take a free guided tour led by a friendly, knowledgeable Royal Mews Warden. See the beautiful Gold State Coach, used for coronations for nearly 200 years, the stunning Irish State Coach, and the fleet’s newest addition, the magnificent Diamond Jubilee State Coach. see the carriage that transported Meghan Markle and Prince Harry through the streets of Windsor after their wedding ceremony!. Price Adults £56.00, Seniors £53.00 per. Coach will depart Stevenage at 09.00.