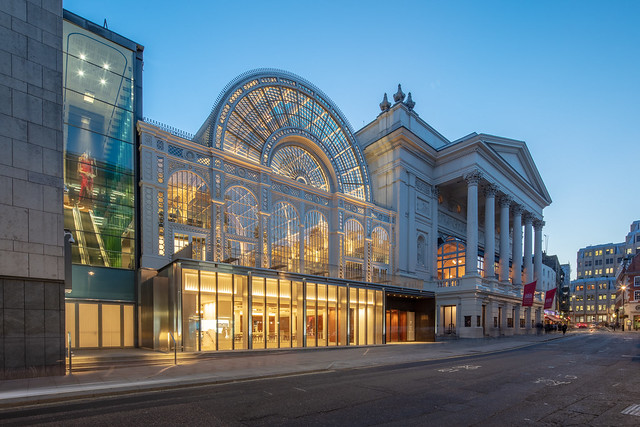 Following your two course lunch with a soft drink in the Covent Garden area, it’s time to step inside this amazing venue which has been reopened due to popular demand and following a massive £50 million renovation. The current building is the third theatre on the site following disastrous fires in 1808 and 1856. The first, the Theatre Royal, opened in 1732, before burning down in 1808. The second opened just eight months later (1809) and survived until March 1856 when another fire destroyed the theatre. A third theatre, designed by Edward Middleton Barry, opened in 1858. This was a fireproof building in a regular classical design, and alongside it Barry built the Floral Hall in 1858-9. The Floral Hall was a glass-and-iron structure intended to serve as a concert hall annexe and winter garden. The theatre became the Royal Opera House in 1892.Your Backstage Tour includes an introduction to the colourful history of the theatre, an insight into the 2018 redevelopment of the Royal Opera House and a look at aspects of current productions. As the Royal Opera House is a fully working theatre, each tour is a unique experience and may include opportunities to see The Royal Ballet in class, or the magnificent backstage technology in operation. After your tour, why not spend some free time exploring the Markets and shops before you depart for home. Price £54.00 per person Coach will depart Stevenage at 10.00